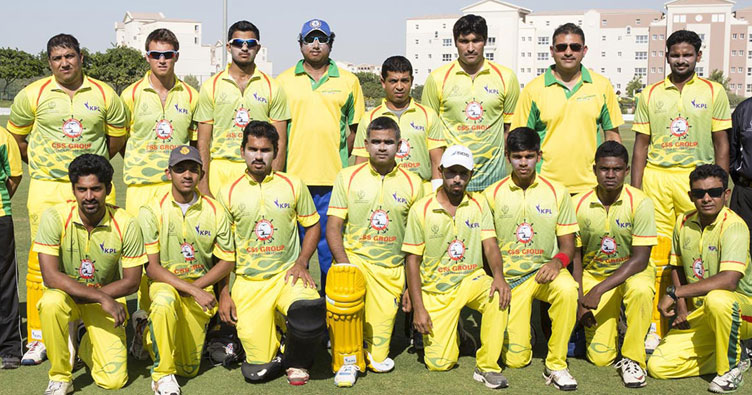 Muhammad Waseem took four wickets and led his team AGL Palakkad Harvestors to a 49-run victory over One Stop Tourism Kollam Kernels in a Kerala Premier League match at the ICC Academy grounds in Dubai.Waseem bowled an impressive spell of 4-24 after Palakkad, which won the toss and elected to bat first, posted 190 for three in their allotted 20 overs.

Kollam batsmen faltered while chasing a good total and were all out for 141 in 19.3 overs.Apart from Waseem, ShijitChandran and Sunil Viswanath bowled good spells with both of them taking two wickets each.
Kollam had a poor start with both openers falling cheaply. Shadeep Silva sent back opener Adil Mirza for four runs, while Waseem dismissed Waqas Ahmed for a duck.But Shabbir Malik counter attacked well with a 30-ball 44, which included half a dozen boundaries and one six.OnlyAsifMumtaz provided him a bit of support at the other end by contributing 35 from 21 balls with four hits to the fence.PervaizNasir smashed two fours and one six for an eight-ball 19 later in the innings.

Earlier, opener AhamedAshfaq was at his attacking best and hammered nine fours and one six to make 62 from just 38 balls.Though his partner CaptainMalinthaPerera fell for eight, Suresh Kumar chipped in with a 48-ball 67 with the help of five boundaries and two sixes.Later Glenn Quirl smashed seven fours and one six for a 29-ball half century and helped Palakkad reach a good total.PervaizNasir, Umair Ali and TahirLatif picked up one wicket each for Kollam Kernels.

AGL Palakkad Harvester Waseem was adjudged man of the match for his brilliant bowling performance.
KPL, which offers a total prize money of Dh250,000, is being held under the collaboration of Dubai Cricket Council. The tournament is sponsored by the CSS Group.

Man of the Match : Muhammad Waseem of AGL Palakkad Harvestors 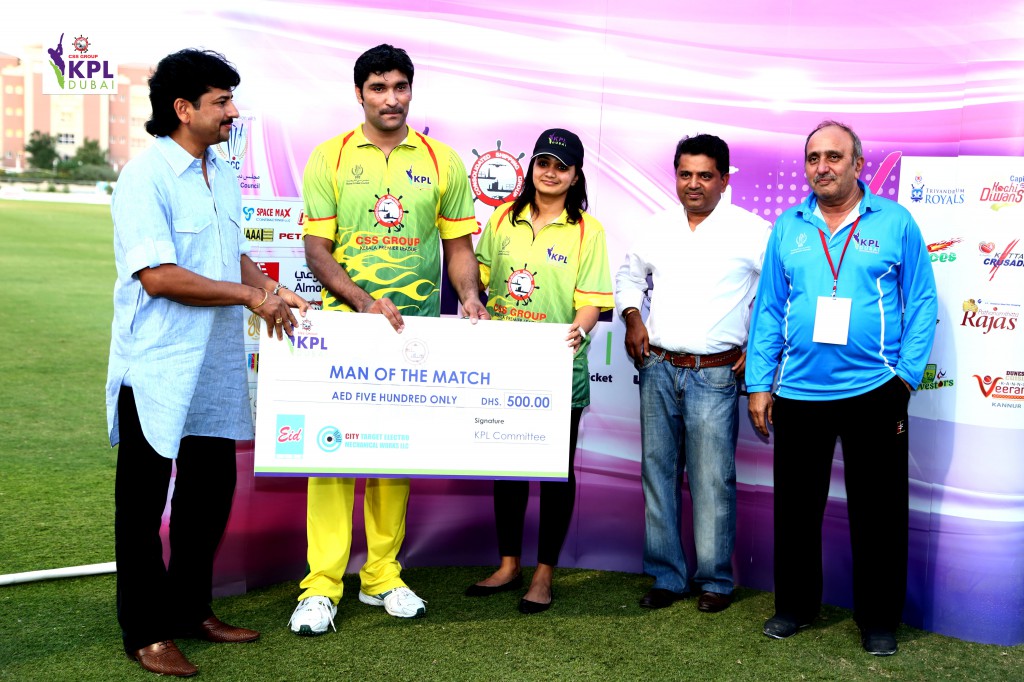 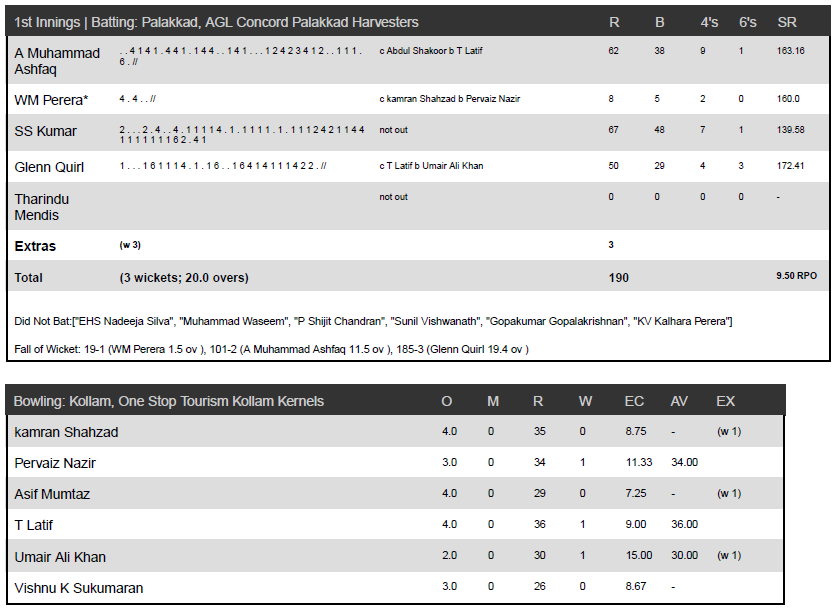 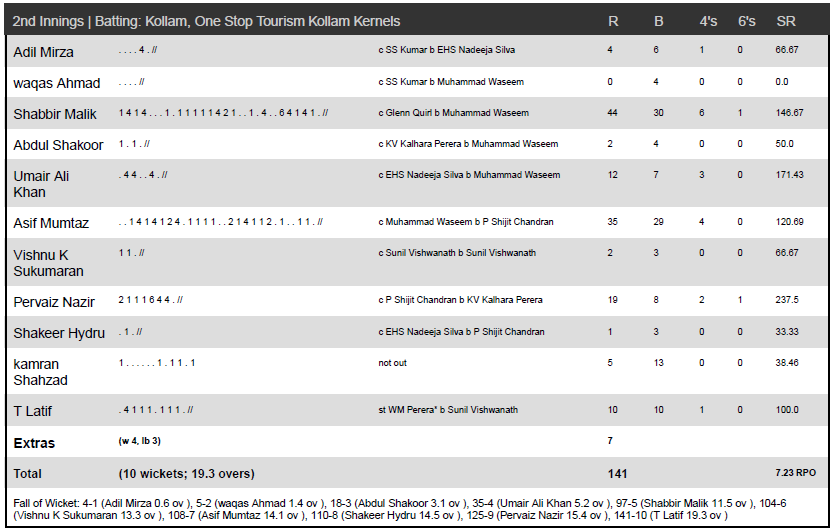