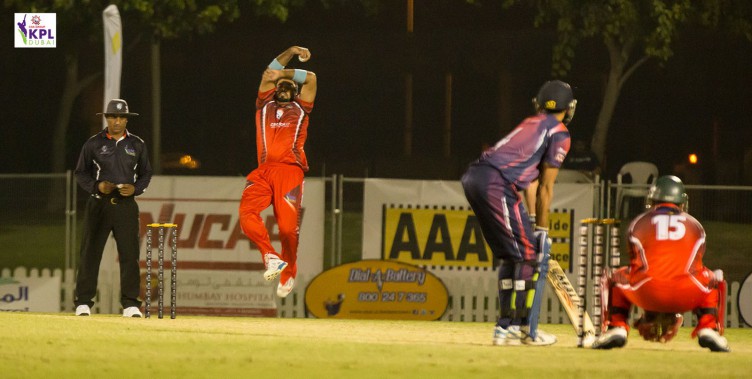 Kaddas – Twin Info Alleppey Ripples scored yet another victory in a Kerala Premier League group match when they defeated Cricketlovers Kottayam Crusaders by 15 runs at the ICC Academy in Dubai. Irfan Hajee picked up three wickets for 24 runs and helped Alleppey restrict Kottayam, who chased a target of 147, to 131 for nine in their 20 overs.

Kottayam kept losing their wickets at regular intervals and Sujith Ravinder, who hit a half century, failed to get support from the other end. Sujith who smashed six boundaries and one six in his 49-ball 55 finally fell to Hajee. Towards the latter part of the innings, Hitesh Parekh boosted the Kottayam innings with a 21-ball 38 with the help of four boundaries and two sixes. Gopal Jaspara remained not out on seven, while Zahoor was unbeaten on five.

Hajee was well supported by Habib Ghazi, Madan Mohan, Mohsin Khan and Fayaz Ahmed, who all picked by one wicket apiece.

Earlier, Alleppey, who lost the toss and batted first, made a shaky start and were placed at six for 85 at one stage after 15 over. But some rearguard action from Waseem Baiq and an unbeaten knock from Fayaz Ahmed helped the Alleppey team reach a decent total.

Baiq hit a 28-ball 37 with one boundary and two sixes, while  Fayaz Ahmed hammered four boundaries and one six in his 21-ball 36. Hajee chipped in with a 12-ball 16 with the help of two hits to the fence.

Gopal Jaspara bowled a good spell of two for 17 from his four overs, while Krishna Lakhani was impressive with two for 20 from his full quota of over. Zahoor Farooqui picked up two wickets, while Azhar Gul took one wicket.

Hajee was adjudged man of the match for his superb bowling spell which helped the team clinch a victory. 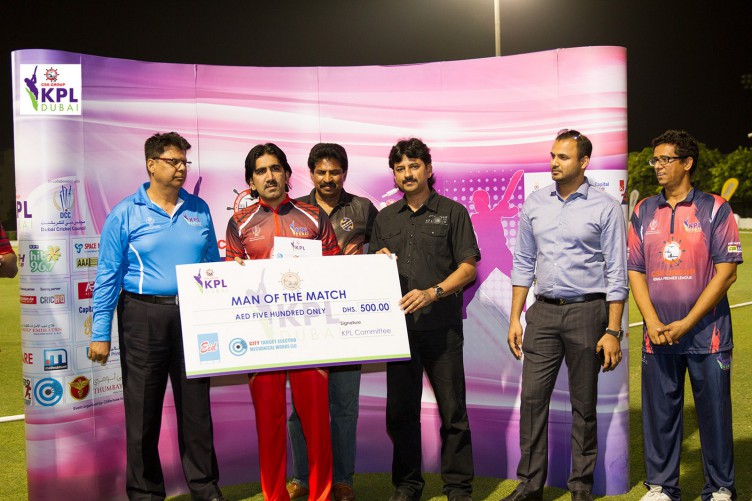 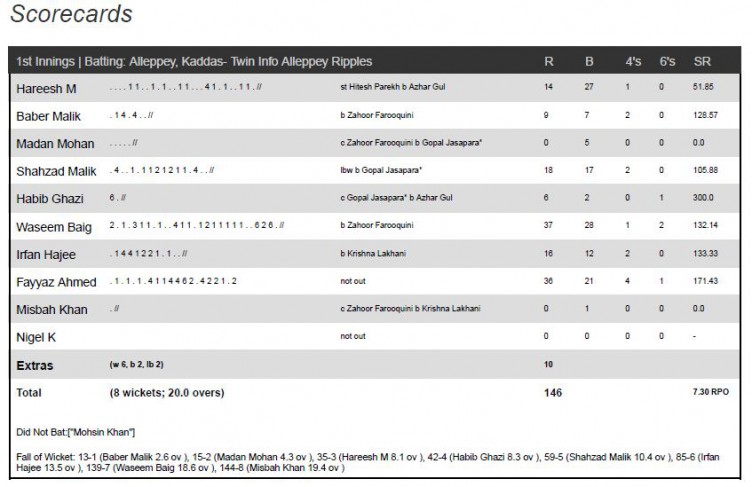 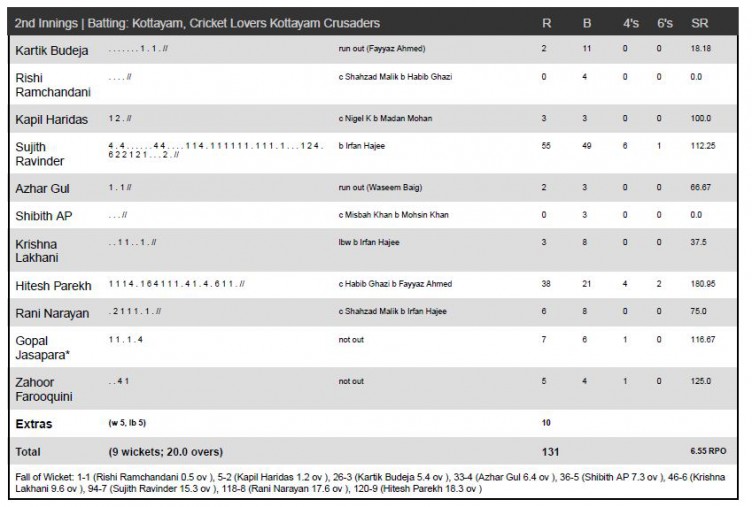