Kaddas – Twin Info Alleppey Ripples scored a thrilling three-wicket victory over Yogi Group Thrissur Dynamites in a Kerala Premier League match at the ICC Academy Grounds in Dubai. Opener Babar Malik and Shahzad Malik turned out to be the heroes for Alleppey as both the batsmen smashed half centuries to help the team achieve the victory target of 158 in 16.3 over.

While chasing, Alleppey had an awful start when they lost three wickets for just one run. Shahzad Manna gave a superb start to Thrissur when he took the first three wickets but both Babar and Shahzad counterattacked and led the team to a fine victory.

Babar smashed for boundaries and four sixes in his 39-ball 51, while Shahzad hammered five fours and five sixes in his 67 off 39 balls. Salman Faris later picked up three wickets, including Shahzad, but Irfan Hajee hit two sixes to make 13 off seven deliveries and hastened Alleppey’s victory.

Manna finished with 3-15 from his three over, while Farris took three for 34 from his three. Joshi Sukani dismissed Babar and returned with figures of 1-23 from two overs.

Earlier, Manna smashed a 40-ball 55 and made a 90-run first wicket partnership with Abid Ali, who chipped in with a 35-ball 34. Manna hit one boundary and six sixes in his knock and helped Thrissur reach 157 for six in 50 over. Both Fayyaz Ahmed and Hajee picked up three wickets each.

The man of the match prize was shared between Babar and Shahzad for their match-winning half centuries for Alleppey. 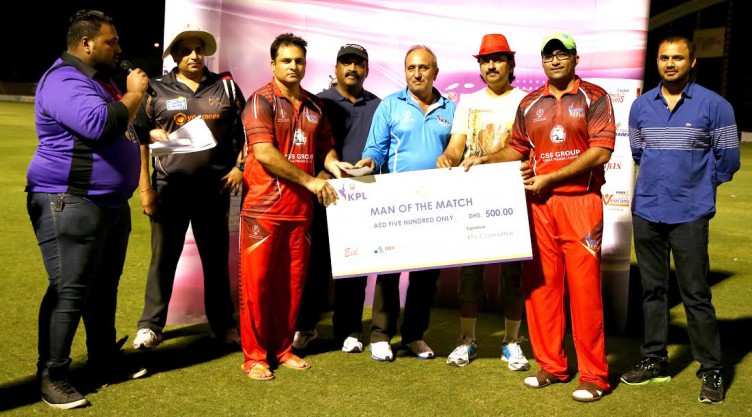 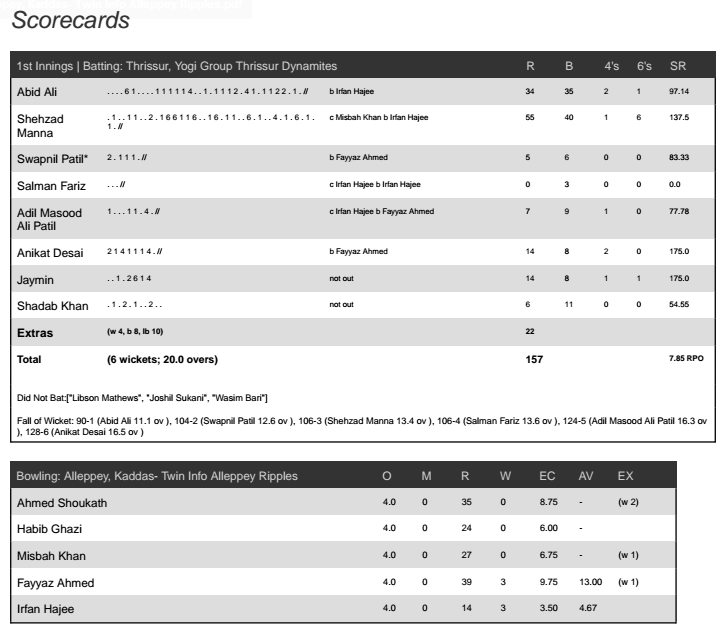 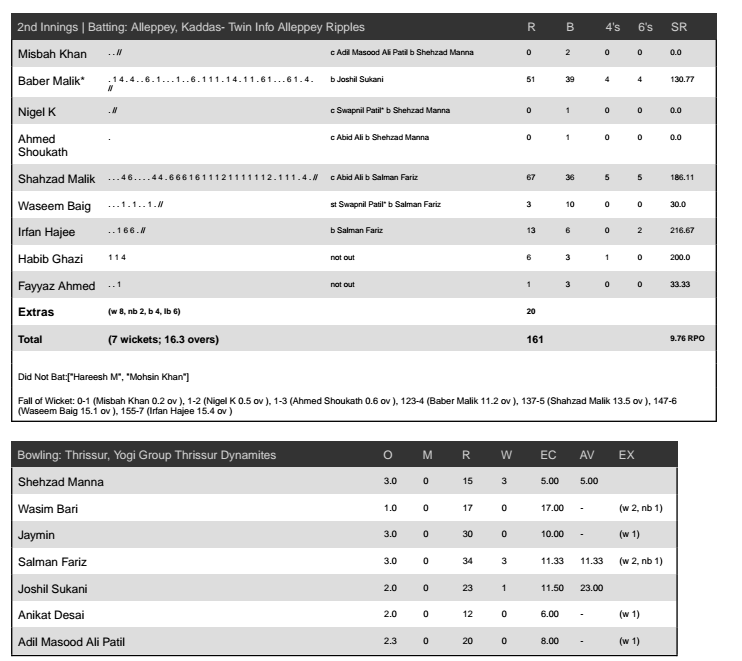