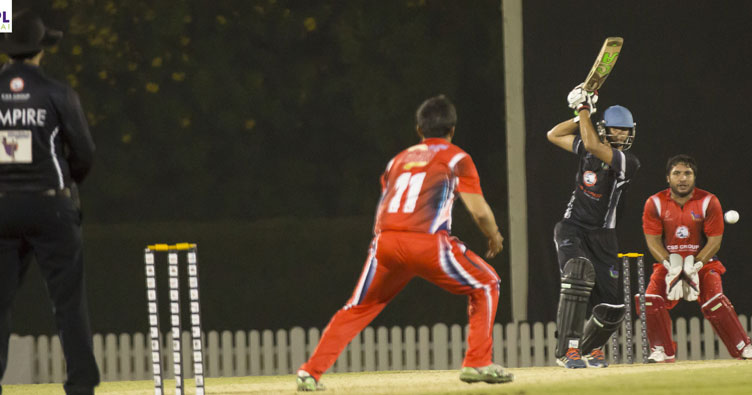 Farhan Baber’s timely knock led Calicut Zamorins Farooq CC to a five-wicket victory over Capital Kochi Diwans in a Kerala Premier League match at the ICC Cricket Academy ground in Dubai. Baber hit a 42-ball 43 with the help of three fours and one six and helped his team Calicut achieve the target of 129 in 19.2 overs.

Calicut lost their openers cheaply but Baber played a cool knock and guided the team with the help of Fahad Tariq, who chipped in with a 32-ball 39, including four boundaries and one six.

After both of them fell later, NashwanNasir hit an unbeaten knock of 11 from 14 balls with one hit to the fence, while Fahad Al Hashmi remained not out on one.

Earlier, opener Boota Mohammed top scored with 37 from 32 balls with five boundaries and helped Kochi, who lost the toss and batted first, reach 128 for eight in 20 overs.Justin James and Nazir were impressive in their bowling as the pair helped Calicut restrict Kochi.James took three wickets after giving away 23 runs from four overs,Nazir scalped two for 20 from his four overs. Noor-Ul-Amin finished with 1-25 from his full quota of overs.

After Mohammed’s dismissal, Kochi lost their way with their other batsmen failing to make a big contribution. UAE’s Khurram Khan played a run-a-ball 20, while FaizanAsif (11), SubinSulieman (15) and Nizel Fernandez (12) failed to convert good starts into big scores.

FarhanBaber was later adjudged man of the match for his match-winning innings. 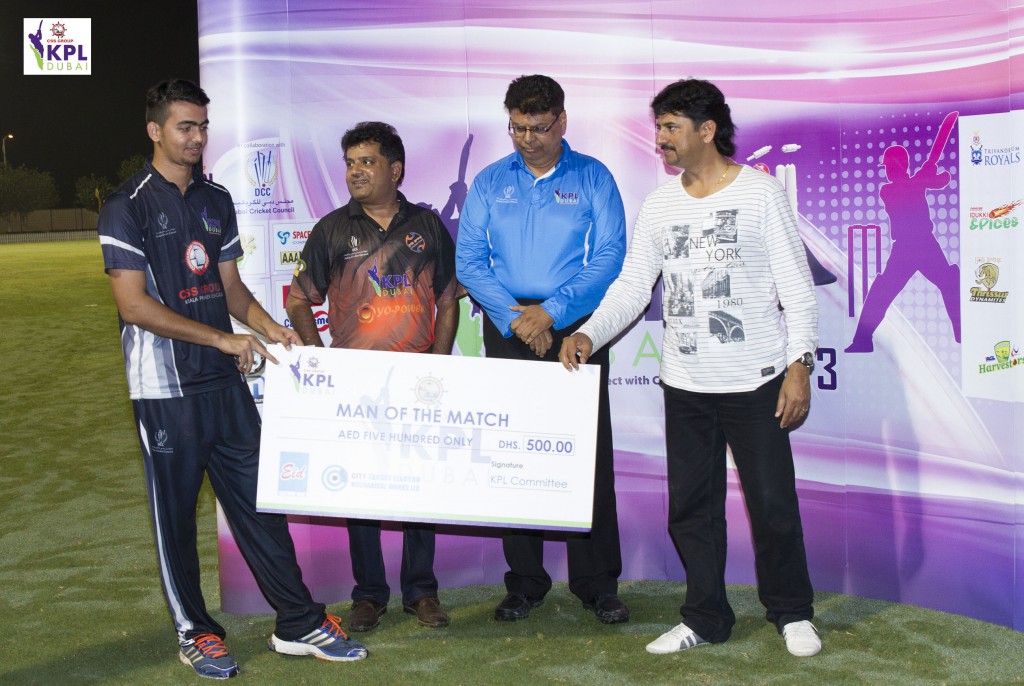 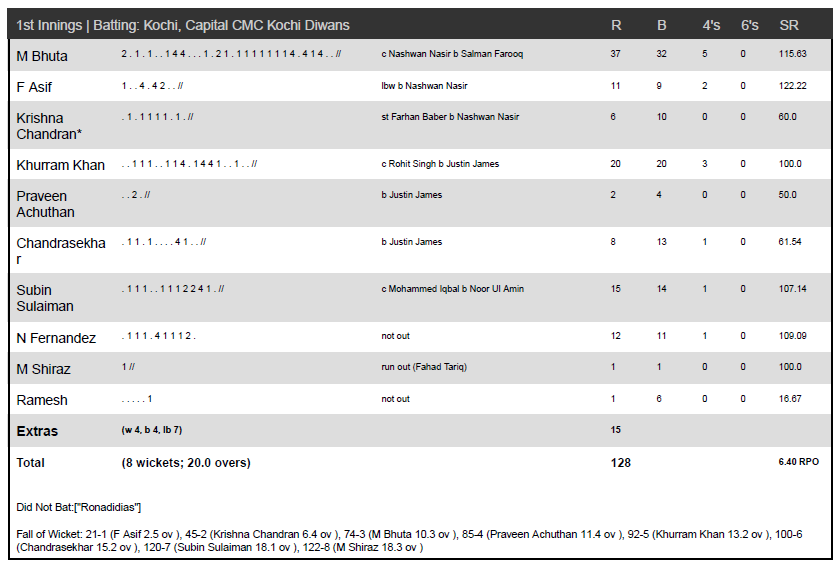 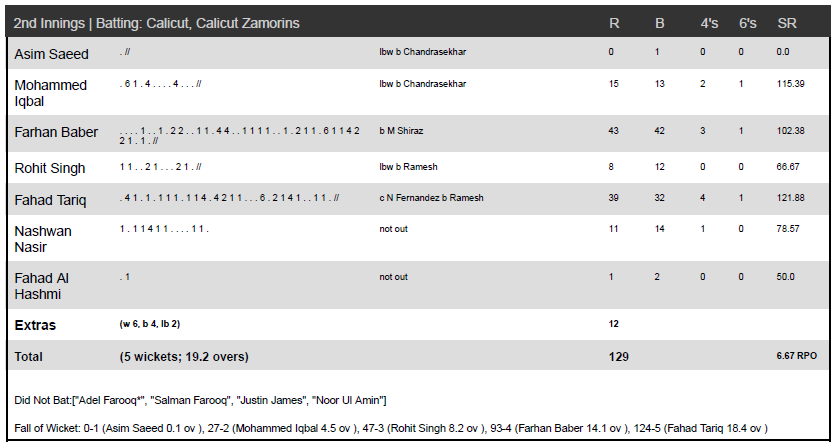