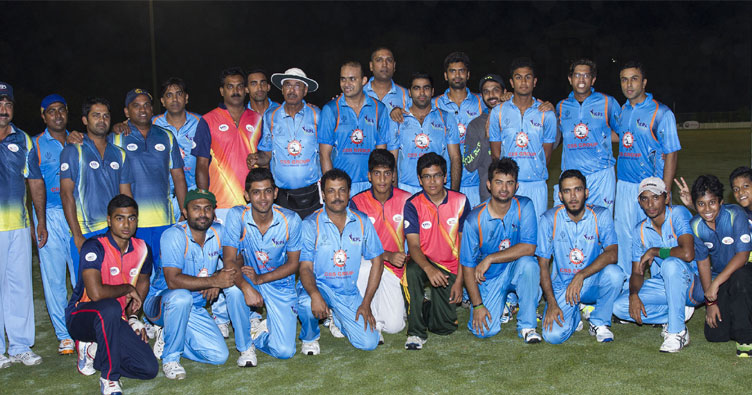 An all-round performance from Salman Babar led Dunes Cusine Kannur Veerans to a 41-run victory over Seven Seas Trivandrum Royals in a Kerala Premier League match at the ICC Academy grounds in Dubai. Babar first hit a fine half century and powered Kannur to a good total of 188 for seven in 20 overs and then picked up one wicket to restrict Trivandrum to 147 for five in their full quota of over.

Babar faced 42 balls to hit 72 with the help of four boundaries and four sixes. Kannur, who lost the toss and batted first, lost their openers quickly. While opener Prasanth Braggs fell after making a 14-ball 20 with three fours, Irfan Ahmed was dismissed for a golden duck.However, the next batsman, Hafiz Kalim, steadied the innings with 38 off 24 balls with two hits to the fence and two sixes.

Kalim formed a good partnership with Babar and the pair added some quick runs. Later NaveedSaleem hammered five boundaries and one six in his 30 off 10 balls and boosted the Kannur score. HazratHussain was impressive by picking up four wickets for 24 runs from his three overs, while Shafaqat Ali, Waheed Ahmed, Salman and Taqeer took one wicket each.

Seven Seas Trivandrum Royals opener Mudasar Ibrahim played a good knock of 40 from 32 balls with four boundaries, but his partner Jevan fell for one. Ibrahim made a good partnership for the second wicket with HasnainRaza, who scored a 28-ball 30, which included four hits to the fence. Later Waheed Ahmed tried to increase the runrate with a 21-ball 28 with the help of three boundaries.

Salman Afzal gave him company by hitting four fours in his 22-ball 31. Despite the good efforts from the top order, Trivandrum failed to reach the target and they had to content with 147 for five from their 20 overs.

Babar was adjudged the man of the match for his superb half century. 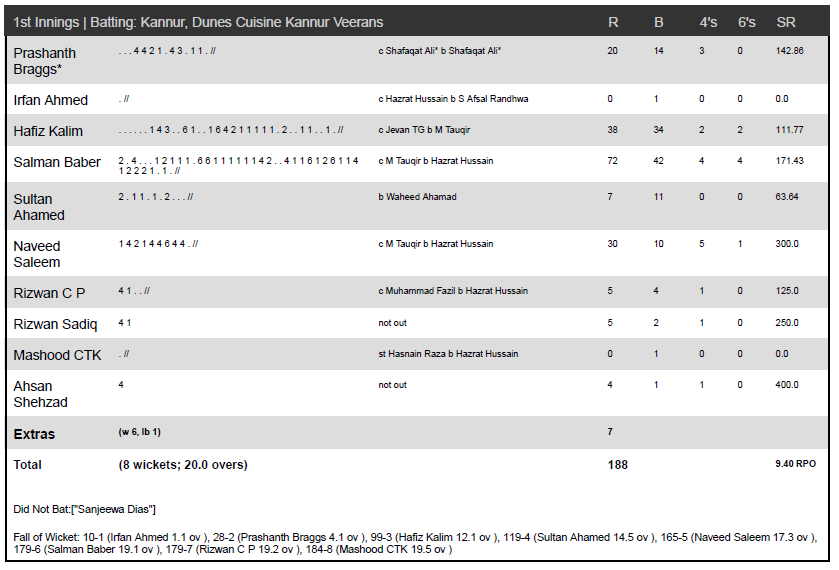 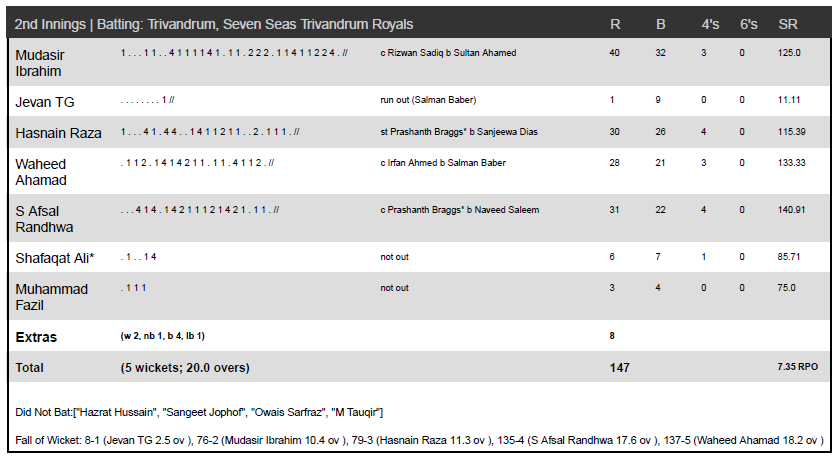