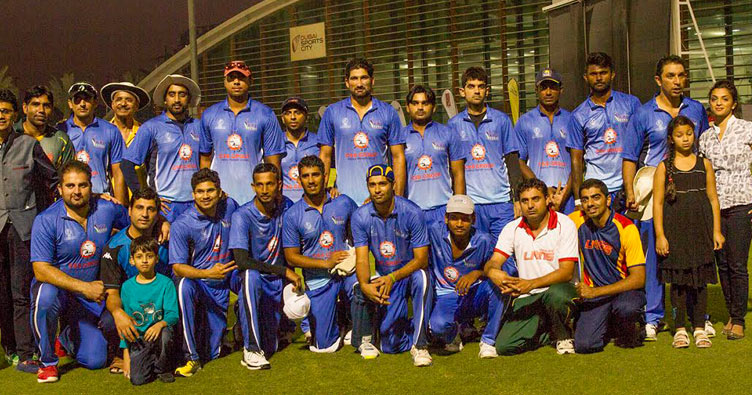 Danube Idukki Spices have posted a thrilling 17-run win over Globelink Weststar Pathanamthitta Rajas in a Kerala Premier League match at the ICC Academy Grounds in Dubai. Rana Dastagir took four wickets for 33 and led Idukki to a fine victory over Pathanamthitta, who chased 190 for victory but were restricted to 172 for nine in 20 overs.Sohail Tanvir, Azhar Mahmood, Farhan Ahmed and Shanil took one wicket each.

Shaiman Butt hammered four boundaries and three sixes in his 18-ball 41 and threatened to take the game away from Idukki at one stage, but Dastagir picked up his wicket and helped Idukki gain control of the match once again. Opener Chirag Suri hit a 29-ball 28 with the help of four boundaries, but Ranjith Mani (5) and Hemant Kumar (3) fell cheaply. Later Nasir Aziz smashed four fours and one six in his 39 off 22 deliveries, but he lost his wicket via runout which doused the hopes of a Pathanamthitta victory. Vineeth was unbeaten on 11 while Shanib was the other unbeaten batsman on one.

Earlier, Naeem Aslam top scored for Idukki by hitting a 41-ball 45 with the help of five fours and one six. He added 37 runs for the first wicket with Mahela Udawatte, who chipped in with a nine-ball 13 with two boundaries. Tanvir was impressive with the bat as well by hitting 39 from 22 balls, including two fours and three sixes. Mahmood smashed four boundaries and one six in his 18-ball 31 and helped Danube reach 189 for six in their allotted 20 overs. Andri Berenger (20) and Ishru Udana (17) also chipped in with good contributions for the team.

Dastagir was adjudged man of the match for his brilliant bowling for Idukki.

Man of the Match: Rana Dastagir of Danube Idukki Spices 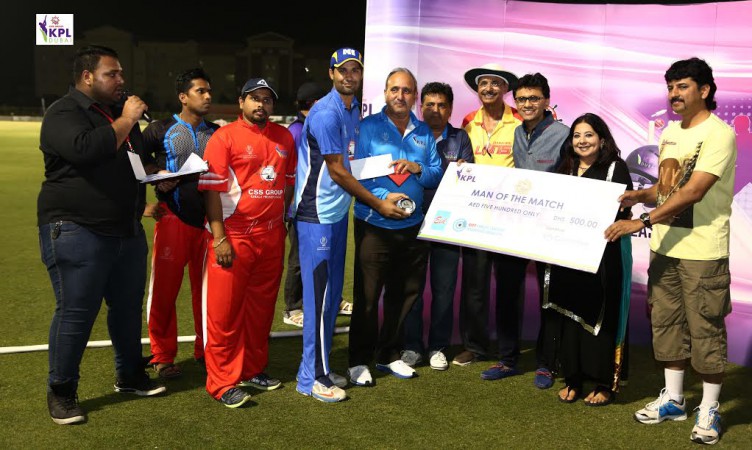 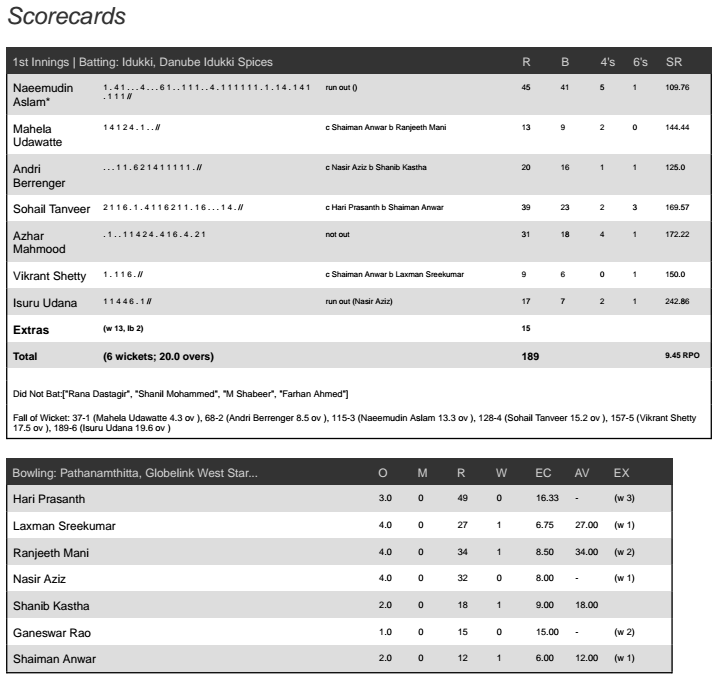 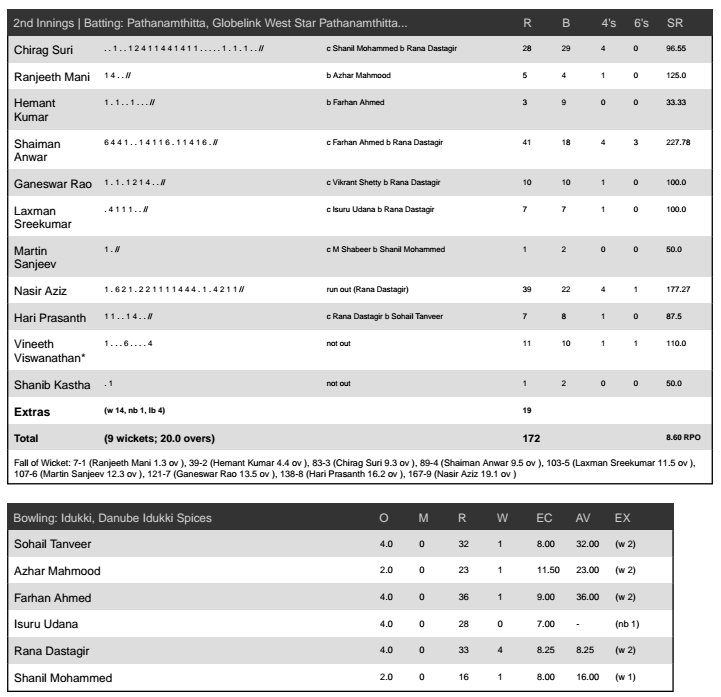