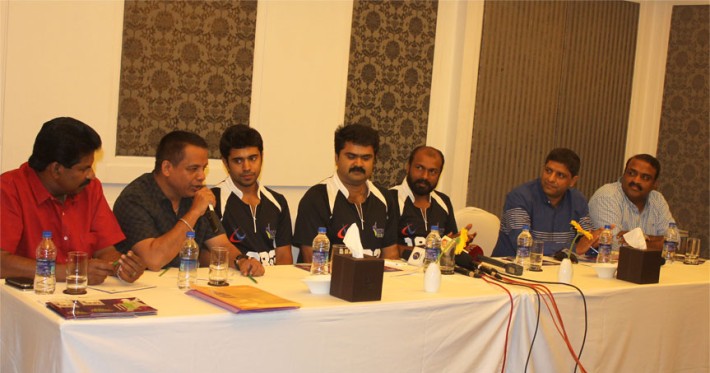 We are extremely delighted to inform you about the KPL Dubai Teaser- Season 3 match going to be played on the 11th April 2014, in connection with the KPL Cricket tournament Season 3. The one day Teaser match will be played between the CSS Group – KPL DUBAI Team Owners Eleven Vs Concord Ventures Group – 1983 (The team formed by the cast and crew from the Super Hit cricket oriented Malayalam Movie 1983) at Sevens Ground, Dubai – Alain Road.

The overwhelming success of the previous KPL seasons shows that celebrity presence in cricket has now become an encouraging factor for the success of promoting the game. We wish to convey our sincere gratitude to the Dubai Government, Local Authorities, the General Public and the Cricketing Community for extending their unconditional support in the past, without which the success of KPL would have remained only a dream. The huge support from the media in the Middle East and Kerala has always stood as a catalyst in the growth of KPL, and we are thankful for that.

The Concord Ventures Group -1983 celebrity team consists of the Director and Actors of the Malayalam Movie “1983”.

The Concord Ventures Group -1983 members are:

Other celebrities who will be present to cheer up the moment would be: Martin Prakkattu & Rinna Pauly