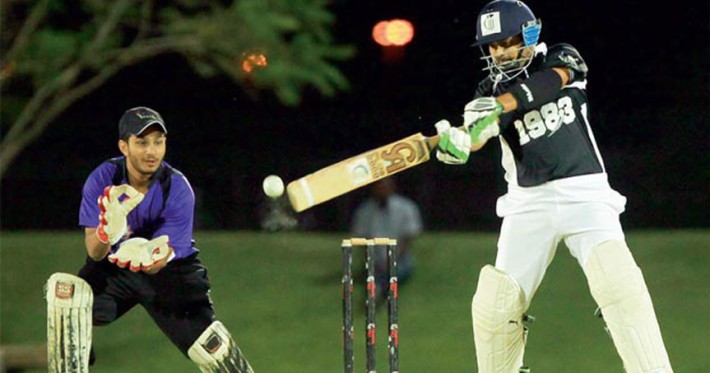 The 1983 team, consisting the members of super hit Malayalam movie ‘1983’ put up a brilliant show after batting first at the Sevens Stadium here on Friday night.

When the CSS Group KPL Team Owners XI took on Concord Ventures Group 1983 XI for the KPL Dubai Teaser Season 3 match, everyone expected it to be just another celebrity outing, offering some entertaining moments for the weekend crowd, but it turned out to be a keen contest with the owners’ team clinching it by five wickets.

The 1983 team, consisting the members of super hit Malayalam movie ‘1983’ put up a brilliant show after batting first at the Sevens Stadium here on Friday night.

The opener Kunchacko Boban did a good job, smashing 29 with the help of two boundaries. Though Saiju Kurup (5) and Nivin Pauly (7) were dismissed cheaply, Madan Mohan boosted the innings with a superb half-century. He counter attacked and delighted the crowd with some stunning shots all over the park. The all-rounder remained not out on 73 off 46 balls.

Neeraj Ramamurthy, owner of Wayanad Highlanders, and Shiva Pagarani, owner of Thrissur Dynamites, bagged two wickets apiece, while Farwaz of Kasargod Leopards chipped in with one wicket. The 1983 team scored 152 for the loss of five wickets in their allotted 20 overs.

The KPL team made the chase look easy, thanks to a brilliant opening partnership of 82 between Zamin Jaleel of Kannur Veerans and Biju Nair of Trivandrum Royals. Jaleel hit seven boundaries and scored 40 off 22 deliveries, while Biju scored 35 off 24 balls with five hits to the fence.

Madan sent back both openers as the KPL team lost three wickets in quick succession with the score reading 84 for three. But Qais Farooq of Calicut Zamorins played a crucial knock of 24 while Nashwan S chipped in with an useful 18.

Neeraj remained unbeaten on 10 as the owners’ team reached their target in 18.4 overs.

The presence of a host of celebrities, including KPL brand ambassador and superstar Suresh Gopi and Narain, helped attract a lot of fans to the stadium.

KPL, which offered lucrative prizes for the players and teams, plans to conduct its third season by the end of this year.