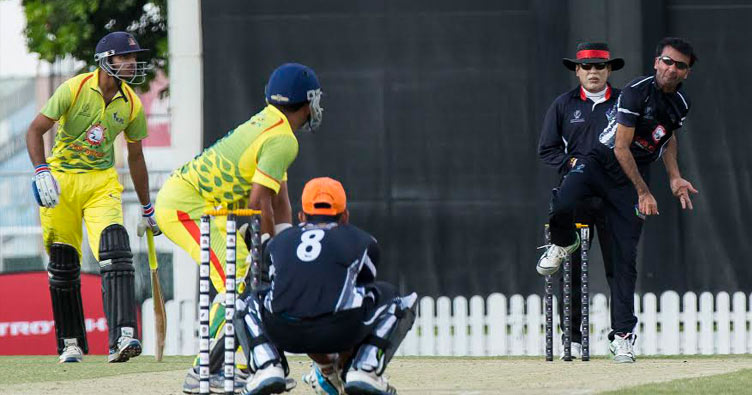 AGL Palakkad Harvestors have registered a 30-run victory over Calicut Zamorins Farooq CC in a Kerala Premier League match at the ICC Cricket Academy ground in Dubai on Friday. Malinda Perera played a captain’s knock to clinch victory for his team, who batted first after winning the toss and scored 150 for nine in 20 overs.
Opener Perera turned out to be the star for Palakkad with a fine 44 from 39 balls with the help of five boundaries. His fellow opening partner Ashfaq Ahmed departed for six, but the next batsman, Suresh Kumar, helped the captain by scoring  a 16-ball 22, including one four and one six. Later Shijit Chandran chipped in with a 31-ball 35 with the help of three boundaries, while Mandis made 14 from 10 deliveries.
Noor Amin was the pick of the bowlers with 3 for 35 from his four overs, while Fahad Tariq and Oswin Crasta bagged 2 wickets each. Salman Farooq and Justin James took one wicket each for Calicut.
Though the bowlers did a decent job for Calicut, their batsmen failed to put up a good show, except opener Farhan Babar, who made a 42-ball 60 with the help of six boundaries and half a dozen sixes. Qais Farooq was the only other Calicut batsmen to reach double figures with a 13-ball 10. The rest caved in easily and Calicut managed only 120 for nine in their allotted 20 overs.
Dihan was the star bowler from the Palakkad side with 3 for 17 from his three overs, while Waseem supported him by picking up 2 for 27 from his full quota of overs. Shijith too was impressive after claiming 2 wickets for 22 from his four overs, while Shadeep Silva and Mandis bagged one wicket each.
Skipper Perera was adjudged man of the match for his batting for Palakkad.
KPL, which offers a total prize money of Dh250,000, is being held under the collaboration of Dubai Cricket Council. The tournament is sponsored by the CSS Group.
Brief Score :
AGL Palakkad Harvestors beat Calicut Zamorins Farooq CC by 30 runs
AGL Palakkad Harvestors  150 for 9 in 20 overs
(Malinda Perera 44, Suresh Kumar 22, Shijith Chandran 35, T. Mandas 14, Noor Amin 3 for 35, Fahad Tariq 2 for 21, Oswain Crasta 2 for 23)
Calicut Zamorins Farooq CC 120 for 9 in 20 overs
(Farhan Baber 60, Qais Farooq 10, Mohammed Waseem 2 for 27, Dihan Sariffodeen 3 for 17, Shijith Chandran 2 for 22)
Man of the Match :  Malinda Perera of AGL Palakkad Harvestors 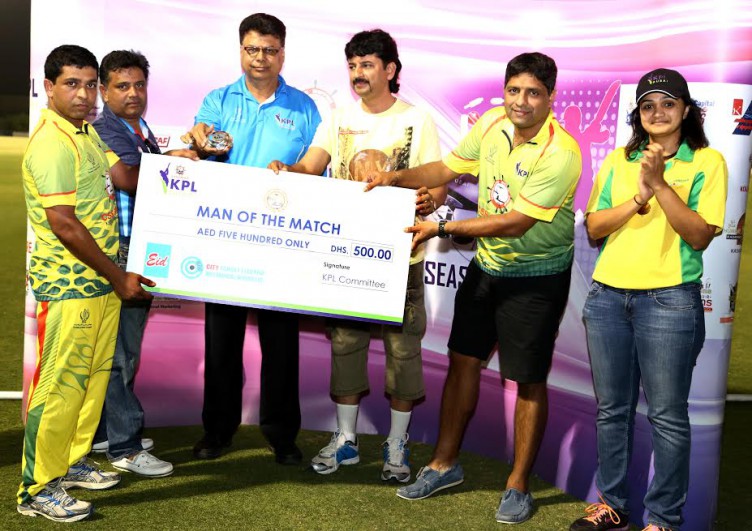 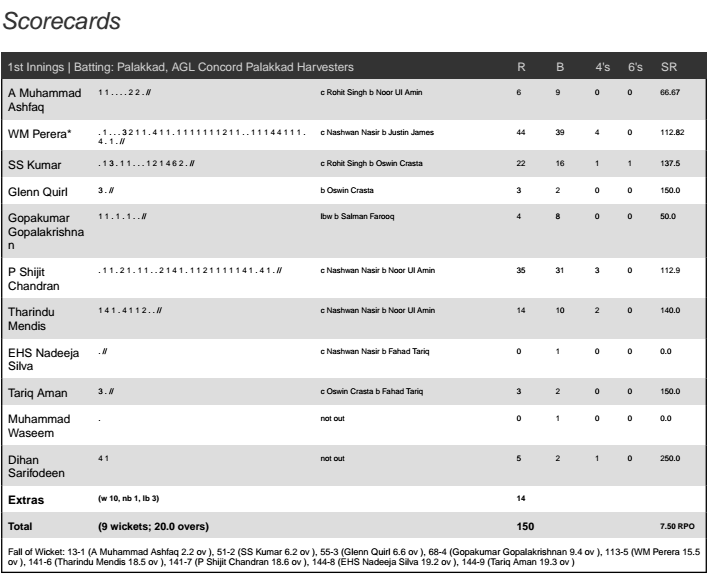 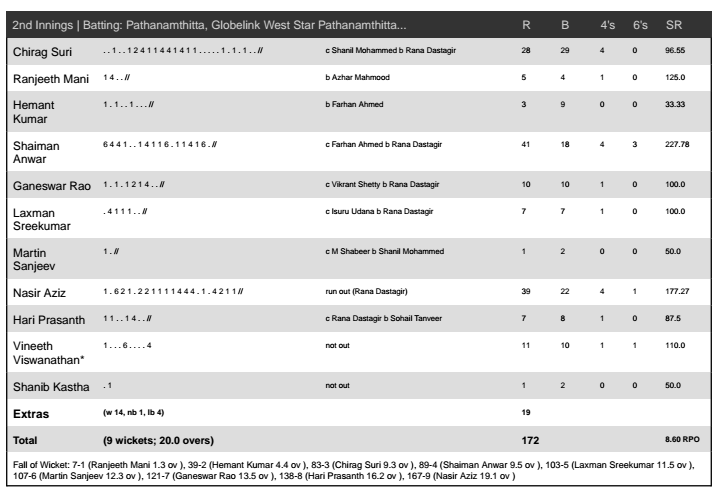