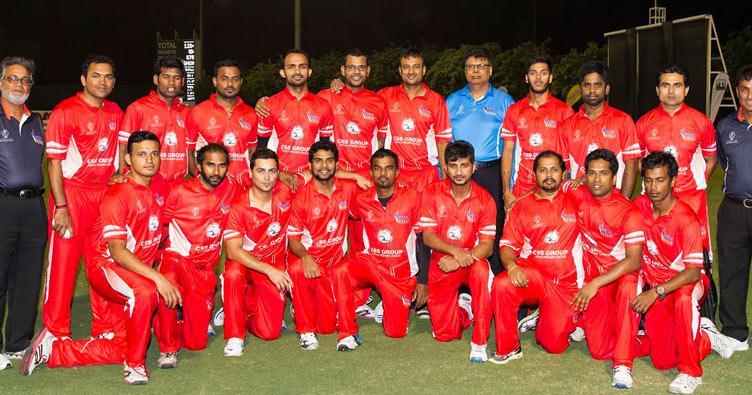 Laxman Sreekumar’s lethal bowling spell guided GlobelinkWeststarPathanamthitta Rajas to a 133-run victory over Thumbay Kasargod Leopards in a Kerala Premier League match at the ICC Academy Grounds in Dubai.Sreekumar took six wickets while giving away only six runs from his fours overs and helped Pathanamthitta bowl out Kasargod for just 44 runs.Kasargod who chased a victory target of 178 were bowled out in 12.2 overs.

Sreekumar picked up the top five wickets and put Kasargod under pressure from the start itself, while AnishPillai bagged took three for 11 from 2.2 overs. Sreekumar completed his six-wicket haul when he dismissed Faraz for a duck, while Hari took one wicket for 15 runs from his four overs.

Only one Kasargod batsman reached double figures with their last man Divakara hitting an unbeaten 10. Both opener Omer Mohammad and Haneef chipped in with nine runs, while four batsmen were bowled out for duck. NasirAzeez gave away 10 runs from his two overs.

Earlier half-centuries from ChiragSuri and Hemant Kumar powered Pathanamthitta, who were sent into bat first after losing the toss, to 177 for the loss of three wickets in 20 overs.Opener Suri smashed seven fours in his 45-ball 63, while Kumar remained not out on 65 from 41 deliveries with the help of four boundaries and two sixes.GnaneshwarRao was unbeaten on a 13-ball 15, while Shaiman Butt hit two fours and one six in his 21 off 18 balls.

Divakara took two wickets for 38 from his four overs, while the other wicket was bagged by Thabreez, who went for 42 from his four.

Sreekumar was adjudged man of the match for his brilliant bowling performance for Pathanamthitta.

Man of the Match : Laxman Sreekumar of GlobelinkWeststarPathanamthitta Rajas 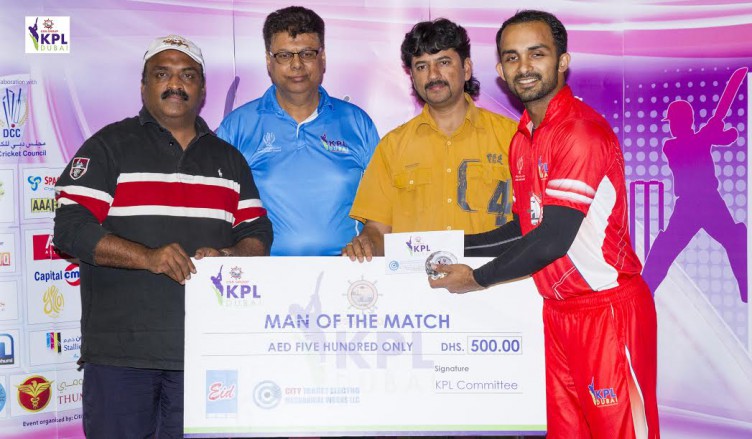 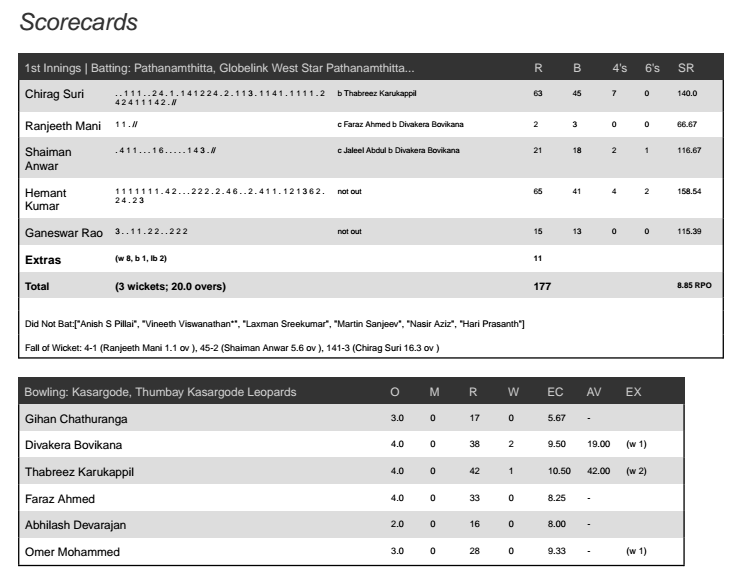 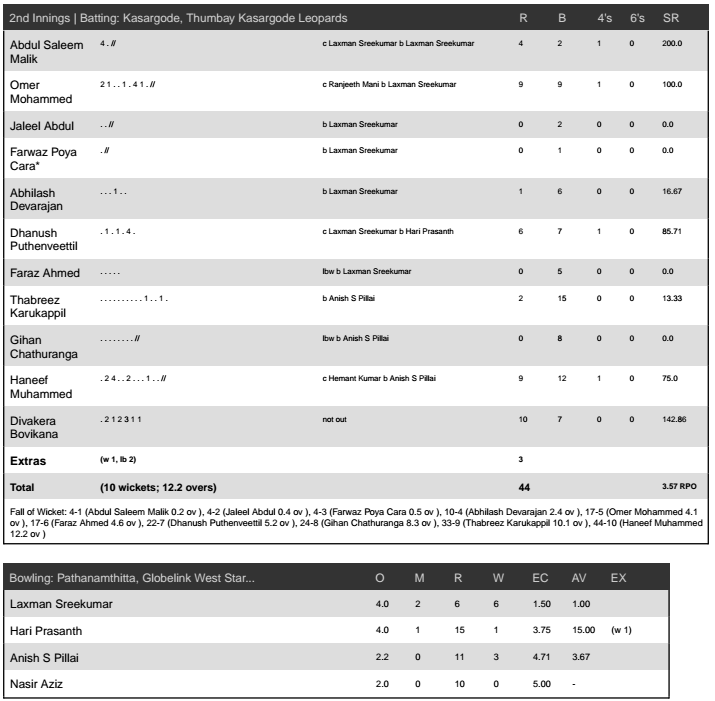