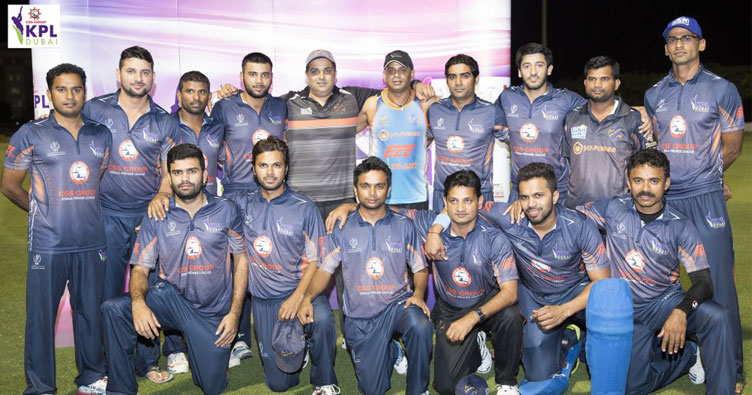 Aadil Patel hit an unbeaten century to help Thrissur overhaul the victory target of 131 in just 16 overs.Pathanamathitta, who were sent into bat first, were restricted to 130 all out in 19.1 overs by Thrissur bowlers, who operated an excellent spell.

UAE player Shaiman Butt top scored with 36 from 30 balls with the help of four boundaries. But he hadn’t received any major support from other batsmen with the exception of GnanshewarRao, who chipped in with a 14-ball 18 with one four and one six.

Wasim Bari, Abid Ali, Jaymin Taylor and Salman Faris picked up two wickets each to mark a memorable bowling performance for the Yogi group.Shehazad Manna finished with figures of one for 20 from his 3.1 overs.

Thrissur lost their opener Manna for a duck but his partner Abid Ali chipped in with a 1`3-ball 14 with the help of three boundaries.But the star turned out to be Patel, who hammered eight boundaries and three sixes to make 69 off 46 deliveries.Swapnil Patel gave Aadil good support by adding an unbeaten 37 off 34 balls with the help of two sixes.

Laxman and AnuragNishad bagged one wicket each.Ranjeeth Mani, AneeshPillai and Nasir Aziz proved expensive while returning with no wickets to their credit.

The duo of Aaadil of Swapnil helped Thrissur reach the target in 16 overs. 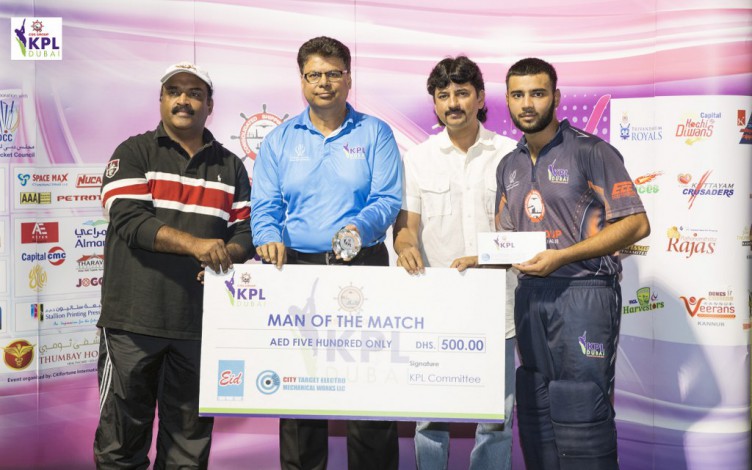