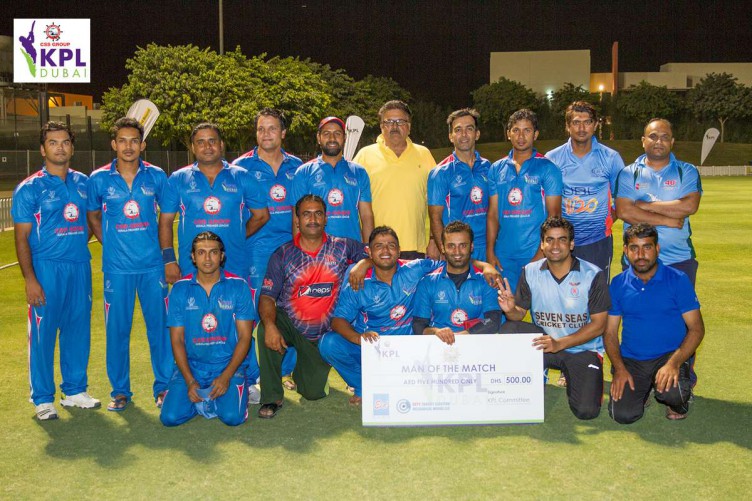 Seven Seas Trivandrum Royals registered a big victory in a Kerala Premier League group match when they defeated Calicut Zamorins Farooq CC by 103 runs at the ICC Academy ground in Dubai on Friday. Ibrahim Mudasir turned out to be the hero of Trivandrum with a blistering half century which helped the team post a huge total of 190 for four in 20 overs.
Trivandrum, who lost the toss and batted first, were given a good start by opener Hasnain Raza, who chipped in with a 43-ball 40 with the help of four boundaries. Despite the fall of his fellow opener Jeevan for two, Raza, along with Mudasir, powered Trivandrum to a big score. Mudasir was at his attacking best and hit six fours and three sixes in his 82 off 51 balls. Later Waheed Ahmed hammered two fours and four huge sixes in his nine-ball 37 and helped Trivandrum bat out their opposition.
Apart from Nashwan Nasir, who operated an economic spell of four for 19 from his four overs, all other bowlers proved expensive with Noor-ul-Amin, Fahad Al Hashmi and Salman Farooq picking up one wicket each.
During Calicut’s chase Tauqir bowled an excellent spell and took four wickets for seven runs from his 3.1 overs and bowled out the opposition for 87 runs in 16.1 overs. Mohammad Fazil and Ibrahim also proved effective with both of them bagging two wickets each.
Naswan Nasir, who earlier bowled well, was the top scorer for Calicut with a 27-ball 31 with the help of two fours and two sixes. Rohit Singh made a run-a-ball 21 with two hits to the fence.
Ibrahim Mudasir was adjudged man of the match for his brilliant half century which helped Trivandrum fashion a comprehensive victory over Calicut.
KPL, which offers a total prize money of Dh250,000, is being held under the collaboration of Dubai Cricket Council. The tournament is sponsored by the CSS Group.
Brief Score:
Seven Seas Trivandrum Royals beat Calicut Zamorins Farooq CC by 103 runs
Seven Seas Trivandrum Royals 190 for 4 in  20 overs
(Hasnain Raza 40, Ibrahim Mudasir 82, Waheed Ahmed 37 notout, Salman Afzel 18, Noor Ul Amin 1 for 33, Salman Farooq 1 for 31)
Calicut Zamorins Farooq CC 87 for allout in 16.1 overs
(Nashwan Nasir 31, Rohith Singh 21, Mohammed Tauqir Ahmed 4 for 7, Ibrahim Mudasir 2 for 18, Mohammed Fazil 2 for 5)
Man of  the Match :  Ibrahim Mudasir of Seven Seas Trivandrum Royals 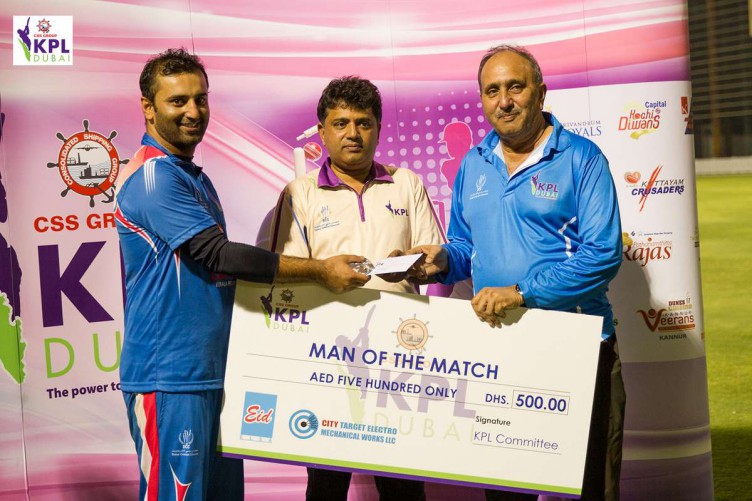