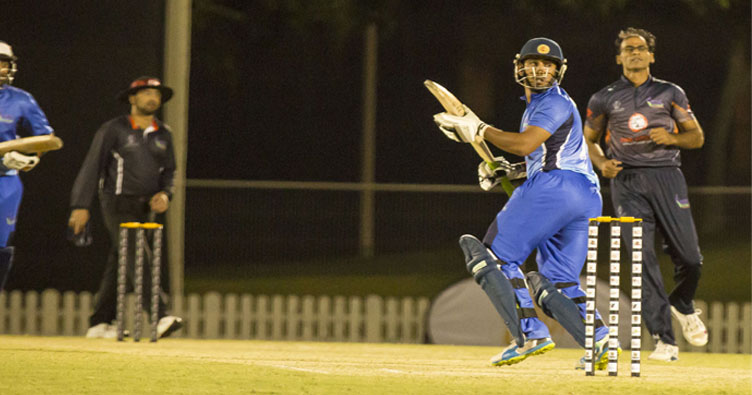 Yogi Group Thrissur Dynamites beat Danube Idukki Spices by 9 wickets Yogi Group Thrissur Dynamites continued their impressive run in the Kerala Premier League third season group matches by beating the star-studded Danube Idukki Spices by nine wickets at the ICC Academy ground in Dubai. Danube Idukki Spices which featured international players like SohailTanvir, AzharMahmood, RiazAfridi and MahelaUdawatte, made 141 for seven in 20 overs, but Thrissur reached the target in 17.3 overs. Yogi Group Trichur Dynamite opener Shehzad Manna turned out to be the star with an unbeaten half century and gave a superb start to the team in the company of Abid Ali who made a 31-ball 23 with the help of two boundaries and one six. Manna smashed six boundaries and four sixes in his 76 from 51 balls. Ali left when Thrissur reached the score of 64 through a run out, but UAE player SwapnilPatil joined Manna to guide the team to a superb victory.Patil hit three fours and two sixes to remain unbeaten on 33 from 23 balls. Tanvir bowled an economical spell of 0-19 from four overs, while Mahmood went for 33 from his 3.3 overs. Earlier, UAE player AndriBerenger’s half century was the major highlight in Idukki’s total, while lower order batsman RiazAfridi’s 21-ball 40 helped the team reach a competitive score. Berenger remained not out on 52 from 46 balls with the help of five boundaries, while Afridi hammered two fours and three sixes in his useful innings. Wasim Bari gave a good start to Yogi when he removed both Danube openers Udawatte and NaeemAslam cheaply. Sri Lankan player Udawatte fell for four while Aslam was dismissed for two. Shahzhad Manna picked up one wicket for 13 from his four overs, while both Jaymin and Salman Faris took one wicket each. Manna was named man of the match for his brilliant all-round performance. 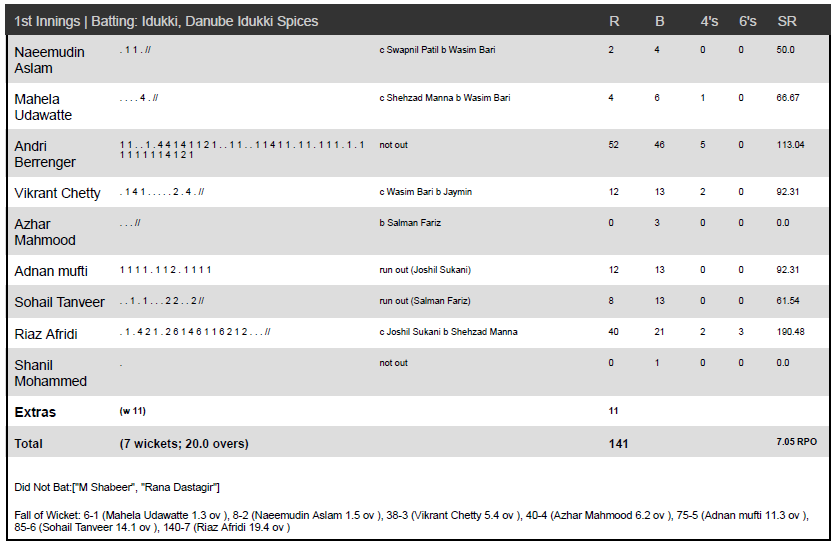 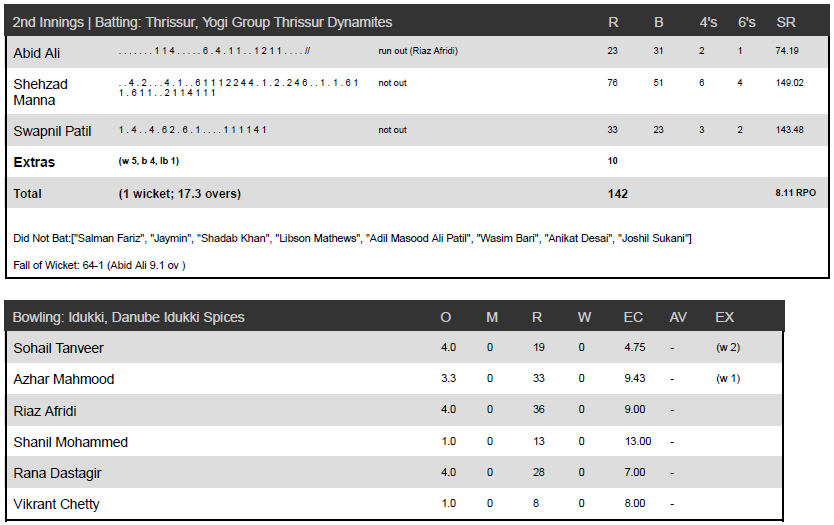